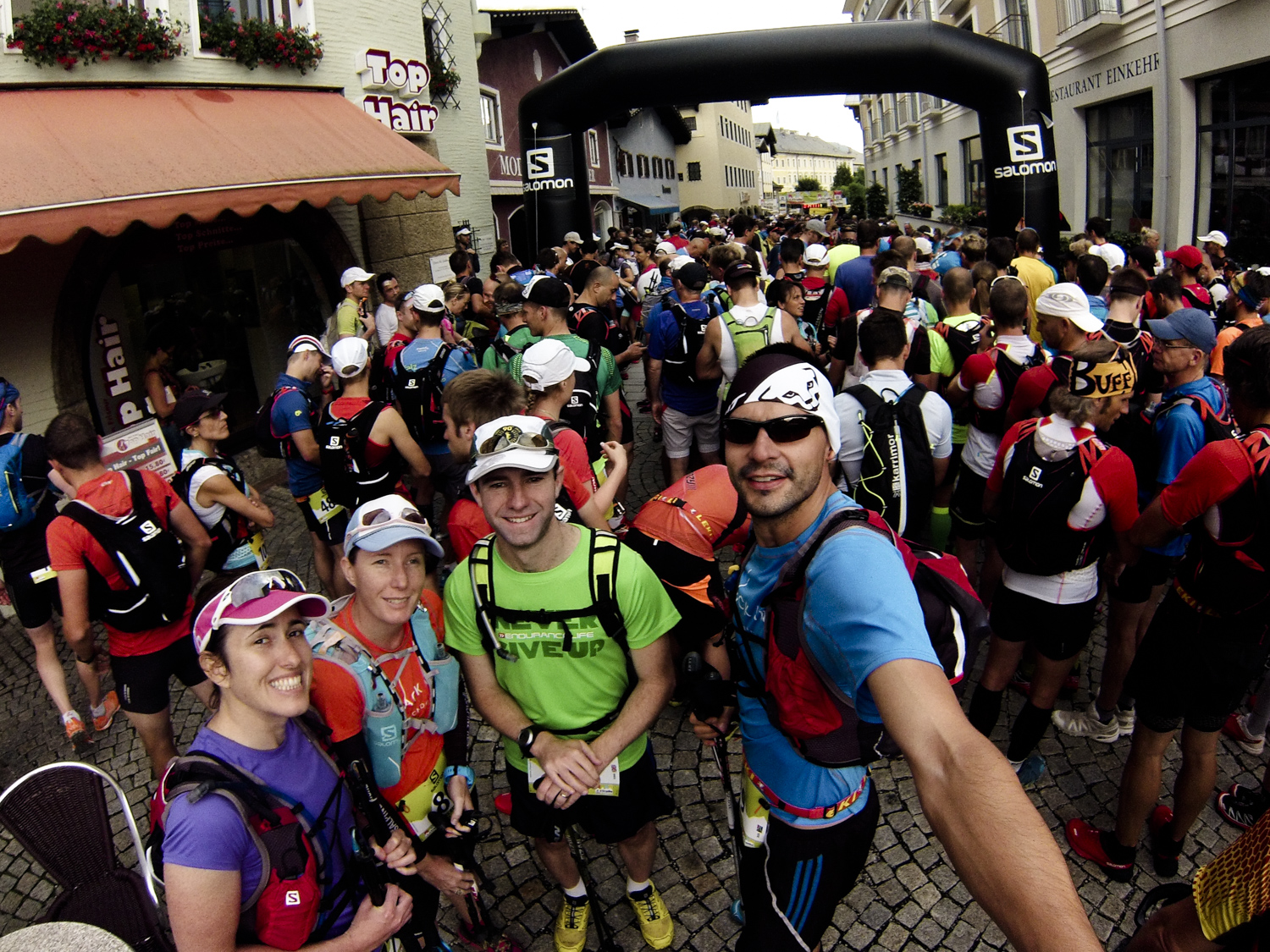 The 4th SALOMON 4 TRAILS by all accounts has what it takes to rank among Europe’s top-notch multi-stage trail-running races. World-class athletes, challenging trails, breath-taking mountain scenery and a laudable event organisation which makes for a stellar event week.

Todays race kicked off in the shadow of king Watzman (the name of this colossal mountain range in the Bavarian Alps), we started directly in the historical town of Berchtesgaden (elevation 572m).

On wide hiking trails, we were lead over the Doktorberg (Doctor’s Mountain) up to the natural bathing area Aschauerweiher. After that, the trail followed a small part of the so-called Märchenpfad (Fairytale Path) to the town of Aschau. This was pretty spectacular. 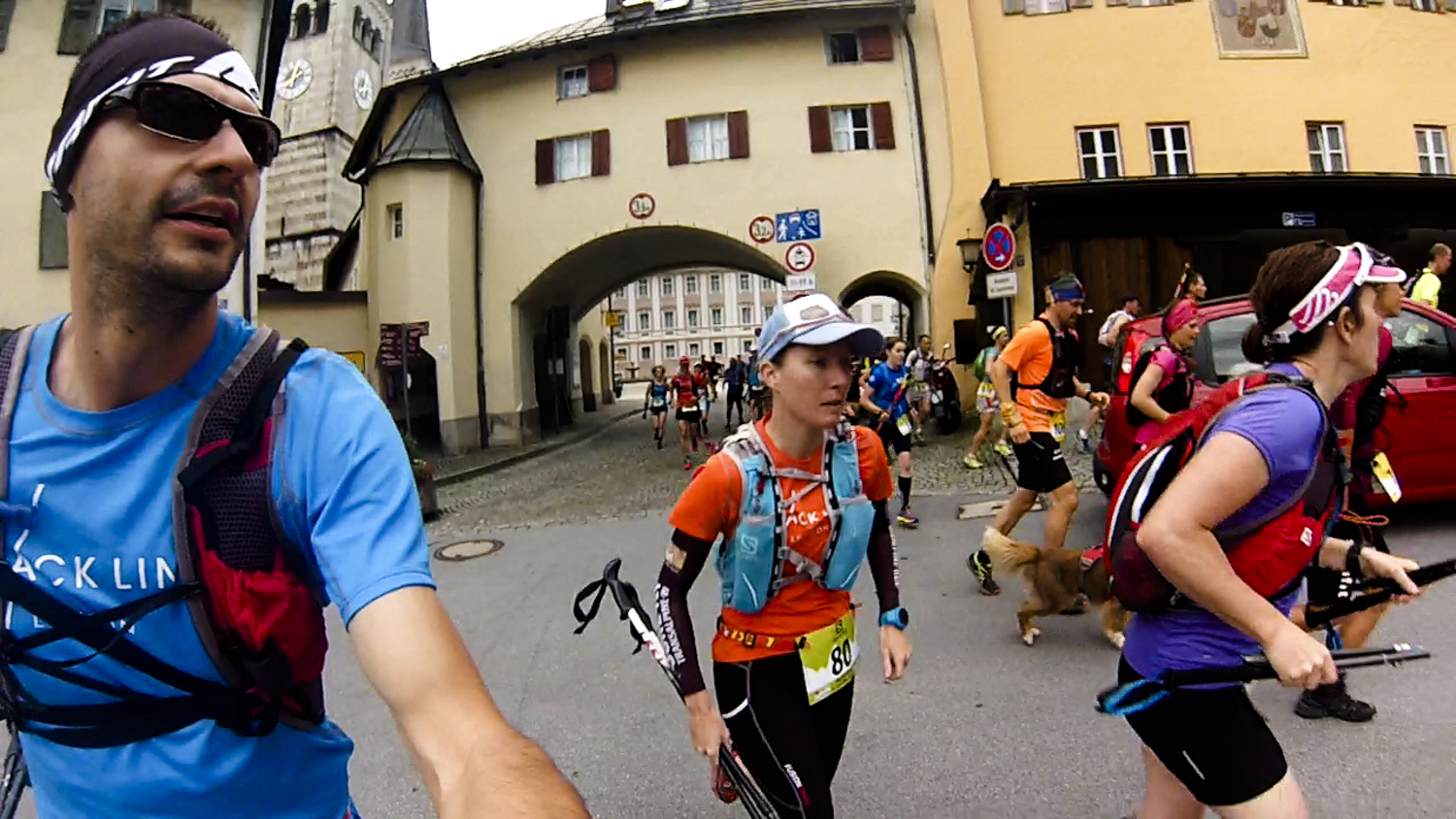 Over the first long ascent of 6 kms, with a 1.000 meters in altitude gained on the Stöhrhaus-Path, I was close to having one of my special moments and break down and cry, but this burning in the legs and the agonising relentless climb was worthwhile because looking back onto the mountain ranges of Berchtesgaden once or twice was spectacular! At this point it started to rain.

The trail continued swerving along the left rim of the distinctive south face of the mountain Untersberg up to the Gatterl (small gate) at the Stöhrhaus (1602m). Where we were met by Philip Reiter, Salomon Pro runner, taking photos. 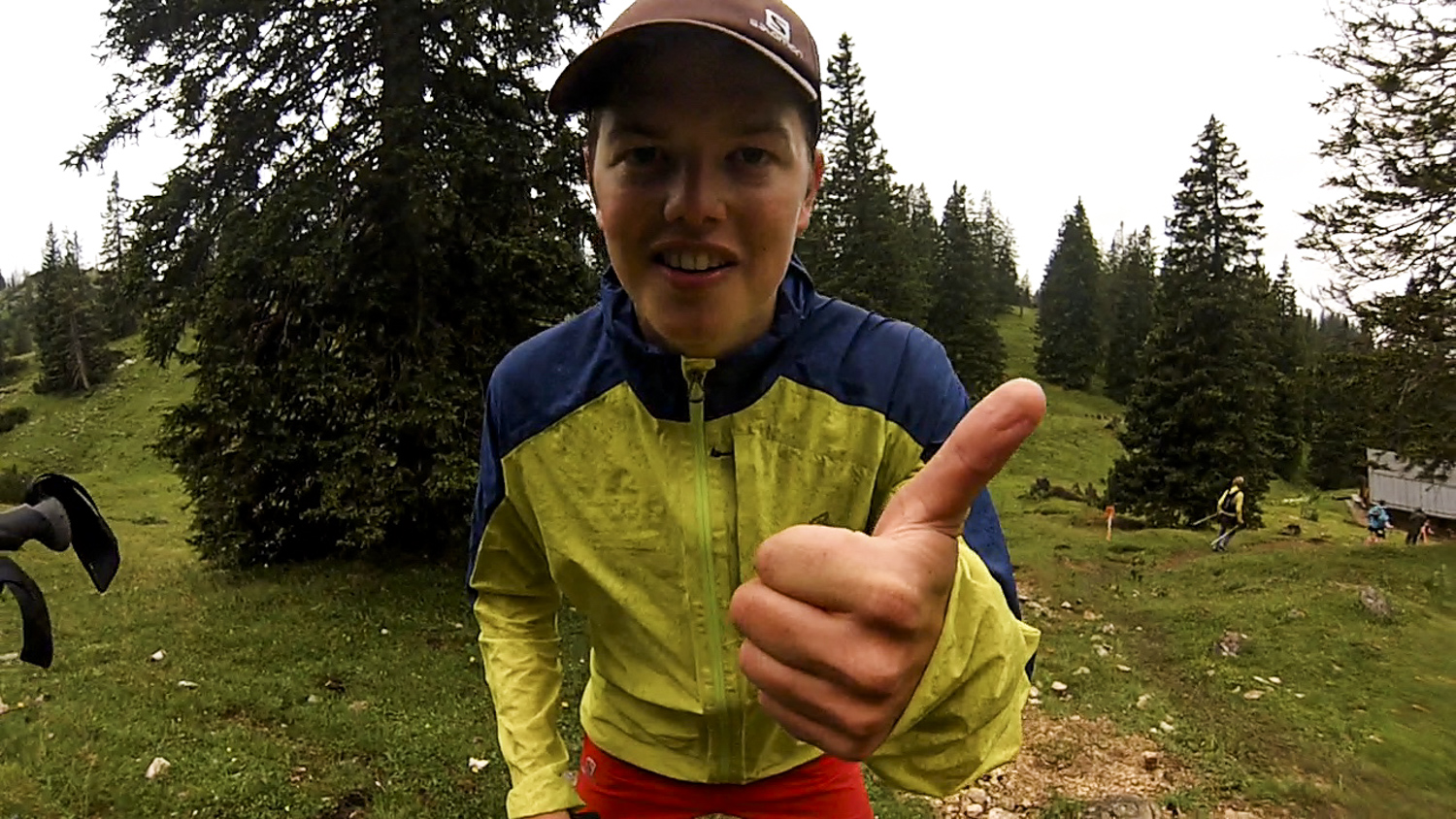 The gorgeous, yet very slippery single-trail then passed through the idyllic Zehnerkaseralmen (meadows), where the gentle sound of the cow bells in the distance made it feel like a fairy tale.

This little breather, did not last very long; and the Alpinsteig (alpine climbing route) got its name not without good reason. In a rearward vertical km, the trail descended in less than 2.5 kms on a very steep path down to the second refreshment point at the Holzstube in the town of Hallthurm(704m). I managed to get stuck behind some super slow descenders and made this cut off with 5min to spare. This path is also called Knieschnackler („the path of trembling knees“)? All I could think was knee please hold, don’t let me down.

With first 12 km accomplished, we went onto the alternative route as decided the day before at the race briefing. There was a short stretch along the cycling path which help to loosen up the legs a bit before the next gradual inclines were noticed over the next 10km till the 3rd aid station. The road mostly consisted of wide fire roads and I passed a lot of runners during this section and I managed to cover the 10km in 55min and found myself to have made up loads of time since the previous check point.

Directly adjacent to a torrent with crystal clear water, which was so beautiful; the path gets flatter and flatter and it emerged directly in the middle of the hiking center (600m), the number one starting point for hiking tours in Bayrisch Gmain.

The third and the last refreshment point was found here,  Directly behind the aid station was the start of the Reichenhaller-Training Course leading up to the top of the mountain Dötzenkopf – 1.8 km and 400 m in altitude of pure power! Thanks to the Box Hill steps it didn’t feel that unfamiliar, unfortunately my legs were seriously tired form the big push I put in to make up time. 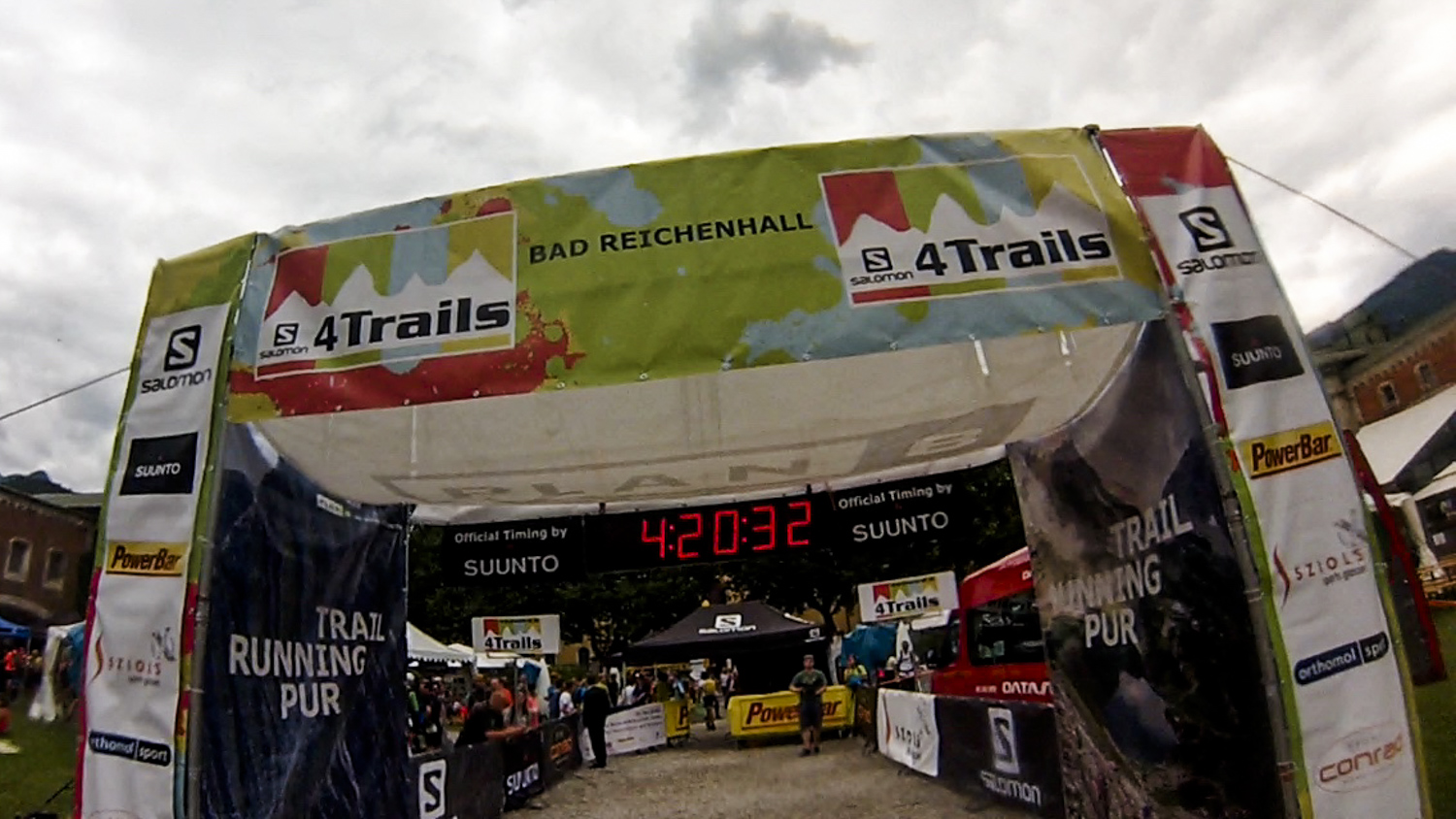 Finally the forest spits you out and between you and the finishing arch lies the Obere Stadt (upper town), the original city center and the Florianiplatz, which you obviously run with tired legs.